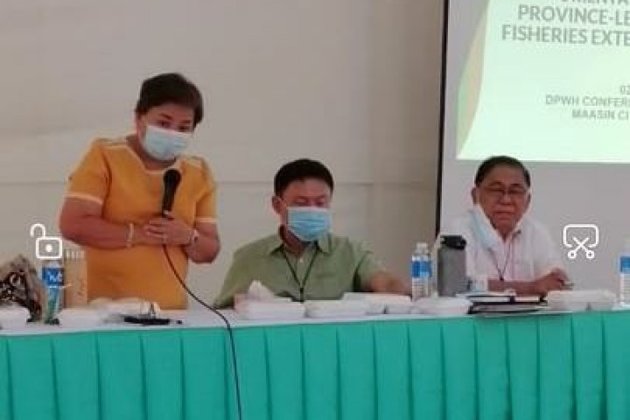 MAASIN CITY, March 5 (PIA) - - The Department of Agriculture (DA) -8 picks up the province of Southern Leyte as a pilot area in the implementation of the Provincial-Led Agriculture and Fisheries Extension System (PAFES) in the Eastern Visayas region.

A flagship initiative of the Department of Agriculture, PAFES aims to enhance rural livelihood through massive utilization of science-based innovations, establishments of agro-based enterprises, and strengthen the research extension of farmers and fisherfolks linkages in the province.

With PAFES, the provincial government of Southern Leyte shall become the center of all agricultural programs and plans and implements the same in the province.

Coming with the DA - 8 family agencies, Regional Executive Director Angel Enriquez conducted the orientation on the new initiative of the agriculture arm of the government last Tuesday, March 2, 2021, at Maasin City to the provincial agriculture department led by Provincial Governor Damian Mercado.

According to RED Enriquez, the province of Southern Leyte was chosen among the six provinces in the region as the said local government manifested strong support to agriculture.

The Provincial Governor Damian Mercado recounted how the success of the COVID-19 Recovery program was greatly appreciated by the regional management of DA-8.

Governor Mercado, who is into agriculture, implemented the massive vegetable production, planting of fruit trees, establishing more fish cages and fish ponds across the province in order to produce local food in the midst of the pandemic.

He noted the huge task ahead with the implementation of the new system, however, he is inspired as this development would redound to the benefit of the farmers and fisherfolks in the province.

Closer collaborations between the provincial government, the Department of Agriculture, and the Southern Leyte State University (SLSU) will follow to lay down the gaps and strengths in the implementation of the new agriculture and fisheries extension system soon. (nbq/esg/PIA -8 SoLeyte)