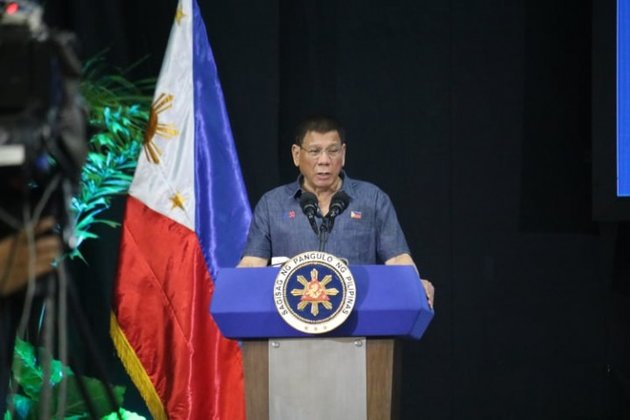 (I might only be having great grandchildren but you (rebels) are still there, what is it that you really want? For the world to explode so everyone can see your purpose?)

He further stressed that for 53 years, the rebel groups have only been breaking families and properties of the government, burning equipment of businesses, killing people.

Aside from insurgency, Duterte said the government is also focusing on addressing issues on corruption, illegal drugs, and infrastructure.

The President stressed that people want a perfect world, utopia to happen overnight but "dili ana ang gobyerno kay may proseso ta labi na gyud sa kwarta (the government does not work that way because we have a process to follow especially on financial matters). It has to pass several layers of governmental authority."

(I am pleading to you, I have been asking you this even when I was still a mayor. I don't want to hurt people, I don't want to kill people. Let go that drugs so we won't have any headache)

He stressed that he has to act on illegal drugs because crimes rooting from the use of such have destroyed lives including those of rape victims, children and those who were murdered.

During the joint meeting, National Security Adviser Hermogenes Esperon, Jr. said through the RTF-ELCAC led by Cabinet Officer for Regional Development and Security (CORDS)-X Sec. Martin Andanar, 196 barangays have been cleared by the influence of rebel groups, 75,400 students have been able to attend state universities, free from tuition fees, and 119 barangays benefit from Barangay Development Program.

Elaborating Esperon's report, the task force marked a substantial reduction of poverty incidence in the region from 32.3 percent among families in 2015 to 17.3 percent in 2018.

"I believe that we have almost perfected this Whole-of-Nation Approach in Region 10. Thus, the President chose us to be first RTF-ELCAC model in the whole Philippines," Andanar added. (RTP/PIA10)